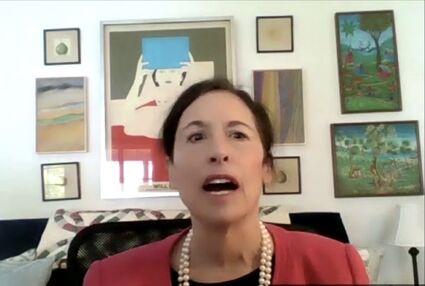 The City of Santa Monica violated my civil rights by failing to engage with me in an interactive process after I requested a reasonable accommodation to be able to call in and offer my public comment over the Council phone line as opposed to in person on December 6, 2022.

They did not offer any alternative for me to participate in the meeting, as is required by the law.

When a friend who went to the City Hall signed me up to speak and was ready to let me call her cell phone and hold it up to the mic for me so I can still comment, as had been allowed before, she was told by City Clerk Denise Anderson-Warren that she would not be allowed to do that.

Thus the City not only failed to offer an alternative solution to my request, but prevented me from using the alternative I came up with myself, i.e. calling in on my friend's phone as had been allowed before.

The item I was going to speak to was the recognition of the outgoing Mayor Sue Himmelrich, of whom I am known to be critical, as are many Santa Monica activists not beholden to special interest groups. Below is what I was going to say.

"Himmelrich, the most hated person in Santa Monica, also known as the worst mayor in the City's history, is leaving us today.

When you abuse your position so much that people feel the need to allegedly draw Hitler's mustache on your likeness to express how oppressed they feel, is there really much more to say about your performance?

How else can Himmelrich be described?

Utter incompetence, narcissism, elitist and racist attitudes that seem to only be sympathetic to one of the races whose plight in Santa Monica she thinks should be recognized, but not others. The ignoring of the poorest residents of Santa Monica, including unhoused people who suffer at the hands of the fraudulent and abusive homeless services providers for whom Himmelrich has been covering up for years.

Ignoring the needs of the poorest tenants through refusal to bring up to date the insufficient voucher payment standard. All this while posturing as an advocate for affordable housing...

Himmelrich made an utter mess of the city, killed the businesses on the Promenade, demolished a much needed parking garage, turned downtown Santa Monica into downtown Sewer Monica, and is leaving the city reportedly with empty coffers – a shell of the city, really.

Himmelrich bullied the councilmembers on the dais, cut public speakers off during council meetings or talked back to them, sometimes chastised them about the public comments she didn't approve of.

In what warped reality is this kind of behavior allowed of a public official, let alone the Mayor?

And how could have the other councilmembers allowed for such conduct by an unfit official to go on for two years? You are responsible, the rest of you there, for subjecting the city and the residents to this person's unacceptable conduct.

The City of Santa Monica is notorious for failing to uphold the rights of individuals with disabilities, but the supposedly progressive Mayor Himmelrich has never attempted to rectify this sad situation, nor has the new City Attorney Douglas Sloan made any progress on the issue.