Did Your City Make the Naughty or Nice List for Holiday Drivers? GasBuddy Study Reveals U.S. Cities with the 'Scroogiest' Drivers

Unbelievably, Los Angeles is not among the top 10 naughty cities; neither is Boston or New York 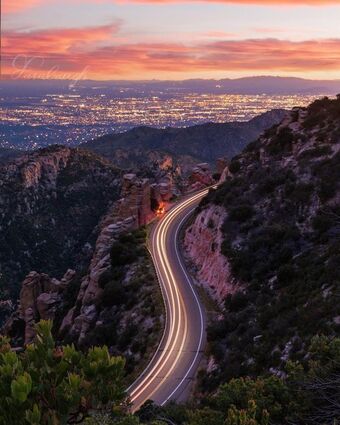 Catalina Highway above Tucson, Arizona, a city judged to have the most aggressive drivers

December 13, 2022 - Tucson, Arizona and Portland, Oregon top the lists for most and least aggressive holiday driving

The holiday season is known for being merry and bright, but hectic schedules, last-minute shopping and travel both near and far can translate to the roads in the form of aggressive driving. A new survey from GasBuddy, a PDI company and the leading fuel savings platform providing the most ways and places to save money on gas, reveals that drivers in certain cities across the United States are up to 54% more aggressive than the average driver.

GasBuddy examined millions of drives during 2022's Thanksgiving holiday weekend.* The study revealed Tucson, Arizona and Portland, Oregon as the cities with the most and least aggressive holiday drivers, respectively. Aggressive driving habits are classified as quick acceleration, hard braking and speeding. Tucson secured maintained its number one spot on the "naughty list" for the second consecutive year.

The complete city rankings can be found at https://blog-content.gasbuddy.com/uploads/2022/12/12.13.21-GasBuddy-Aggressive-Drivers_Full-Rankings.pdf.

The most frequent aggressive driving habits during the holidays are hard braking (1), speeding (2) and rapid acceleration (3).

"The holidays can bring out both the best and worst of us, trying to run around to get everything done and prepared before the holidays, coupled with high prices and increased traffic, we see shorter fuses on the road and more stress contribute to wasting money," said Patrick De Haan, head of petroleum analysis for GasBuddy. "In addition to the safety element, driving aggressively and rushing around bites into consumer wallets by reducing fuel efficiency. As 2022 has brought some of the highest gas prices ever seen, taking a deep breath and slowing down while driving can improve drivers' gas mileage up to 25%, meaning safe drivers will have extra savings on hand to spend during the holiday season."

Whether motorists are traveling near or far, it's important to practice safe driving on the roads, to stay safe and save money on fuel costs.Motorists can opt-in to GasBuddy's Drives featurein the GasBuddy app to evaluate how 'scroogy' (and fuel-wasteful) they are on the road.

The findings were compiled using data from GasBuddy's optional, opt-in Drives Feature in the GasBuddy app that offers drivers an assessment of their driving habits during their trip to improve fuel efficiency, mapping out where a poor driving habit occurred. GasBuddy examined2,613,857drives in the top 50 metropolitan areas by population as defined by the United States Census Bureau from Nov. 24-26, 2022, noting all events of fast acceleration, hard braking and speeding. 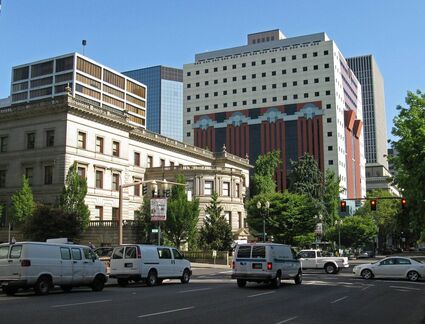 Portland may have its problems, but aggressive drivers aren't among them

GasBuddy is the leading fuel savings platform providing North American drivers with the most ways to save money on gas. GasBuddy has delivered more than $3.5 billion in cumulative savings to its users through providing real-time gas price information at 150,000+ stations, offering cash back rewards on purchases with brand partners, and through the Pay with GasBuddy™ payments card that offers cents-off per gallon at virtually all gas stations across the US. As one of the most highly-rated apps in the history of the App Store, GasBuddy has been downloaded over 100 million times. Acquired by PDI Technologiesin 2021, GasBuddy's publishing and software businesses enable the world's leading fuel, convenience, QSR and CPG companies to shorten the distance between the fueling public and their brands. For more information, visit http://www.gasbuddy.com.