"Light pulses are intended by Extra Terrestrials to make us aware of their existence." 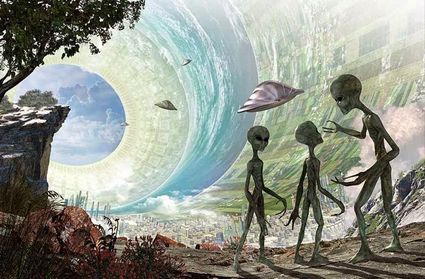 "I look at it this way, son. Donald Trump is meant to be taken seriously, but not literally."

If true, this is the most important scientific discovery since the fall of the Roman Empire. Last September, a signal from space that seemed to be of extraterrestrial origin, turned out to be from a Russian satellite. This signal, however, is from an entire class of stars.

The scientific authors of the study are identified as "E.F. Borra of Cornell, and E. Trottier from Laval University in Quebec". A Facebook search for those two names proved inconclusive. But that doesn't disprove the science, which appears sound. Such an extraordinary claim would be a career ender, so most probably the paper was written by academicians who prefer to remain anonymous.

An excerpt from the scientific paper is included below, and has been cut and pasted all over the internet by UFO enthusiasts. In a word, it says that the pulsations from certain stars are too irregular to be explained as simply noise that stellar objects have long been known to generate.

The paper was produced by researchers at Laval University in Quebec, and Cornell University in New York. It reads, in relevant part:"A Fourier transform analysis of 2.5 million spectra in the Sloan Digital Sky Survey was carried out to detect periodic spectral modulations. Signals having the same period were found in only 234 stars overwhelmingly in the F2 to K1 spectral range.

The signals cannot be caused by instrumental or data analysis effects because they are present in only a very small fraction of stars within a narrow spectral range and because signal to noise ratio considerations predict that the signal should mostly be detected in the brightest objects, while this is not the case.

We consider several possibilities, such as rotational transitions in molecules, rapid pulsations, Fourier transform of spectral lines and signals generated by Extraterrestrial Intelligence (ETI). They cannot be generated by molecules or rapid pulsations. It is highly unlikely that they come from the Fourier transform of spectral lines because too many strong lines located at nearly periodic frequencies are needed.

Finally we consider the possibility, predicted in a previous published paper, that the signals are caused by light pulses generated by Extraterrestrial Intelligence to makes us aware of their existence. We find that the detected signals have exactly the shape of an ETI signal predicted in the previous publication and are therefore in agreement with this hypothesis. 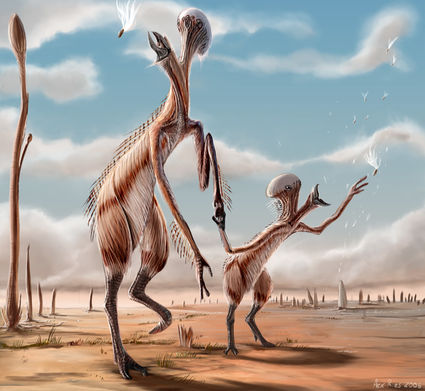 The fact that they are only found in a very small fraction of stars within a narrow spectral range centered near the spectral type of the sun is also in agreement with the ETI hypothesis. However, at this stage, this hypothesis needs to be confirmed with further work.

Although unlikely, there is also a possibility that the signals are due to highly peculiar chemical compositions in a small fraction of galactic halo stars." https://arxiv.org/abs/1610.03031

Since the mid-20th century, there has been an ongoing search for signs of extraterrestrial intelligence, from radios used to detect possible extraterrestrial signals, to telescopes used to search for potentially habitable extrasolar planets. That search may have reached an important turning point.