China Retaliates With Tariffs Against US, Just as Trump Launches Trade War vs. Mexico

The Dow dropped 354 points, closing its sixth straight week of losses and its lowest level since January while the S&P 500 declined 6.5 per cent in May. 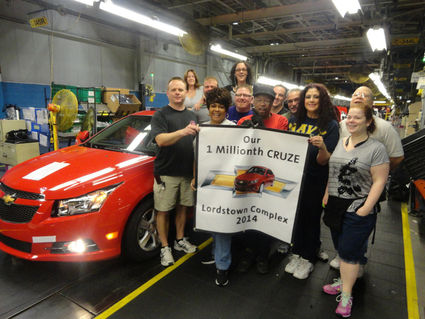 Washington (dpa) - Markets were rattled on Friday as President Donald Trump restarted the North American side of the global trade war, just as China announced retaliatory tariffs against the United States and created a blacklist of foreign entities.

The Hang Seng in Hong Kong closed down, as did major European indices, with the German Dax recording the first monthly loss this year. Trade tensions have been coming on top of a wider sign of a slowdown in the world economy.

Key US stocks were largely down on Friday, amid concerns about Washington's tensions with Mexico, with the Dow Jones Industrials, S&P 500 and Nasdaq locking in their worst month of the year.

The Dow dropped 354 points, closing its sixth straight week of losses and its lowest level since January while the S&P 500 declined 6.5 per cent in May.

Yields on US and German government bonds declined, as investors fled to safety. The Mexican peso took hits.

Carmakers stocks fell, with GM down about 4 per cent, due to concerns over the integrated supply chains between the US and Mexico.

Mexican Foreign Minister Marcelo Ebrard headed to Washington on Friday and announced that a summit between the two sides would take place on Wednesday in the US capitol.

"There is willingness to hold a dialogue. We will be firm and we will defend the dignity of Mexico," Ebrard said in a tweet.

The United States did not formally notify Mexico about its plan to impose tariffs prior to the official announcement, Guillermo Malpica Soto, the head of the Mexican trade office in Washington said.

"It's not good for anyone to have this type of decision," he said on broadcaster CNBC, warning: "Mexico may take a decision for countermeasures."

Meanwhile, analysts at Commerzbank warned that China's latest moves point to the likelihood of its bilateral trade war with the US escalating further.

China announced it will create a blacklist of foreign individuals and companies banned from supplying Chinese companies, coming just as Beijing was set to raise tariffs on 60 billion dollars' worth of US goods on Saturday.

The measures appeared to be a tit-for-tat response to the US recently raising tariffs on Chinese goods and banning Huawei, the Chinese telecoms giant which makes advanced 5G technologies.

The US has been pushing allies to ban Chinese 5G technology, claiming the data flows could be accessed by the Beijing government.

Trump on Thursday threatened to gradually raise tariffs on Mexican goods coming into the US, starting at 5 per cent next month and then moving higher towards 25 per cent by October, if Mexico does not help the US on a migration "crisis" at the border.

Asked by reporters what Mexico can do to prevent the imposition of tariffs next month, White House spokeswoman Sarah Sanders said a "big first step" would be for the Mexican government to deport migrants from Central America and stop caravans heading to the US border.

The White House faced pushback from within Trump's party, with leading Republican senator Chuck Grassley slamming the administration over the "misuse of presidential tariff authority" and warning the president he was jeopardizing trade relations.

"Trade policy and border security are separate issues," Grassley said, though agreeing that Mexico needed to step up.

The US Chamber of Commerce condemned the latest tariff threat, saying immigration issues needed to be solved through legislation. 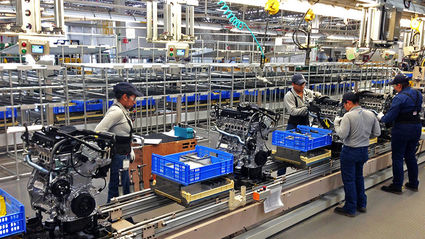 The GM factory in Mexico

"Imposing tariffs on goods from Mexico is exactly the wrong move. These tariffs will be paid by American families and businesses without doing a thing to solve the very real problems at the border," said Neil Bradley, the chamber's executive vice president.

Trump's shock move on Mexico came just hours after the Mexican Senate had begun the process to ratify an updated version of the NAFTA free trade deal with the US and Canada.

Also on Thursday, US Vice President Mike Pence was in Canada meeting Prime Minister Justin Trudeau for talks on moving ahead with ratification of the trade deal.

Just before the tariffs were announced, Pence was promising ratification by "this summer."

The new tariff threat throws question marks around the entire viability of the North American agreement and Washington's credibility as a negotiating partner.