Only Someone Who's Crazy Would Vote for Rachel Rossi for LA County DA. Literally 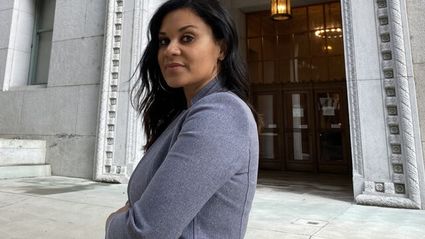 Her platform reads pretty much exactly as you'd expect from this information. She would like to transform the DA's office into one big powerful defense firm for criminals.

Excuse me. Not criminals. Nobody's really a criminal. She wants the county DA office to support "those experiencing homelessness, mental distress or illness, and substance abuse disorders," her former clients as public defender, as she states on her present law firm's website.

But believe me, truly horrendous criminals, as well as your garden-variety assailant you'd like off the street, would benefit greatly from the "reforms" Rossi would like to enact in the DA's office. The people who would lose would be average, decent, law-abiding citizens. Here's only a partial list of what she'd like to do:

California has already eliminated cash bail under SB10. However, enactment of this law has been stayed by the qualification of a Referendum to Overturn the law, which will be voted on in November, 2020. SB10 gives the court discretion to hold a defendant if he's deemed a threat to public safety, and Rossi agrees with this condition. But we all know what ending cash bail means. It's already hard enough to lock up mentally-disturbed thugs who randomly assault innocent bystanders for no apparent reason. This will make it that much harder.

Did you even have to ask? Naturally, Rossi wants to prohibit ICE from enforcing immigration laws anywhere in her jurisdiction. But she goes a major step further, pushing the boundaries of a far-left bona fide. She wants to "revise prosecutorial policies to consider immigration consequences in charging and sentencing recommendations." In other words, if an illegal immigrant commits a crime that would cause them to be deported, her office would step in and reduce the charges so that the deportation process would not get triggered.

Good idea! Give a significant portion of the county demographic free rein to commit serious crimes. There will be no consequences for them. That ought to protect the public really well.

Oh, but if you're here legally and commit the same crime, too bad for you. One law for this group, a different law for the other group. That's justice according to Rossi.

Rossi appears to be unaware that homelessness is already not a crime. Law enforcement and public mental health institutions are already prevented from taking people off the street without their consent. In fact, this fact has created the issue law-abiding, employed, rent-paying, mortgage-paying people are experiencing: lack of access to clean, safe public spaces, including parks, schools, libraries, streets and sidewalks. Rossi doesn't seem to comprehend the idea that the job of the District Attorney is to protect lawful people from the unlawful. Not the other way around.

Instead, Rossi wants to prosecute the "big developers" and "large corporate landlords" who are "raising rents, evicting people, and starting to be the large part of the homelessness crisis in our county," as she stated in an interview on KCRW radio. Yes, those are the true criminals.

Is this woman for real?

Could she seriously believe that if only rents were lower, we wouldn't have drug addicts and the mentally ill on our streets? Magically, they would be able to hold jobs and pay even minimal rent?

And does she think landlords raise rent above what someone who has a job and money is willing to pay?

Apparently, engaging in business is a crime. I guess when the government has paid your salary for most of your career, it can look that way. Perhaps that's why she's looking to get another government job after working a very short period in the real world where one has to attract and maintain clients.

This is code for letting a lot of criminals out of prison so the government can look good. By downgrading felonies and decriminalizing other crimes, the government can shift statistics to claim the crime rate has decreased - when the opposite is the case. They can avoid building new prisons and keep the present prisons from over-crowding. And, all-importantly, they can massage racial statistics so there isn't an abundance of minorities sitting in prison. The State of California already began this process with Proposition 47, the cynically titled "Safe Neighborhoods and Schools Act."

But Rossi takes it a step further, once again. Not satisfied with foisting assailants, rapists, and thieves on an innocent public, she says she wants to "end the revolving door of low-level offenses that waste taxpayer dollars."

Again I have to ask: is she for real?

That revolving door she's talking about is the door all of us decent folk would like to see work one way. The thieves and rapists and assailants should go in and not come out again. The door should only open the other direction when an individual is ready to participate in civil society. 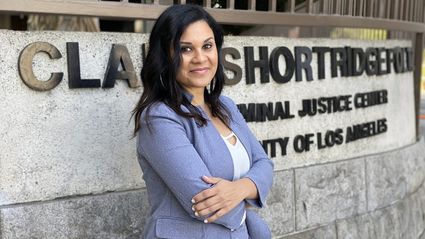 Other policies Rossi would like to institute include prosecuting those who contribute to climate change, increasing the representation of LGBTQIA in the staff at the DA's office, and "develop gender-responsive charging and sentencing recommendation policies." I'm not sure about that last one. I think it means downgrading charges for women.

Clearly, the rash of theft, shoplifting, assaults, and smash-and-grabs would hardly ease under Rossi's administration. On the contrary, these crimes would increase as fewer perpetrators would be prosecuted but would instead be foisted onto the community for us to deal with as we try to go about our daily lives. In addition, the ranks of the criminal vagrants would increase as more drug-addicted opportunists poured into the county to take advantage of Rossi's advertised policies.

If you are a drug-addicted criminal vagrant, you will definitely vote for Rossi.

In other words, you'd have to be crazy.