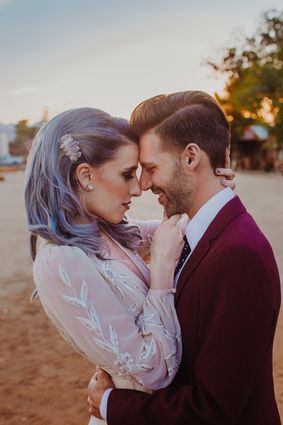 The whole world knows about "Hollywood" right? It is impossible not to have some awareness what with annual award shows like the Emmys, the Grammys and of course the Oscars.

And the whole world is inundated with television shows, feature films and these days streaming video from Netflix, Hulu and so much more. And then there are the movie and TV stars, mega names such as Brad Pitt, Angelina Jolie, Leonardo DiCaprio, Matt Damon, Emma Watson and so forth and so on.

But there are a whole lot more people absolutely essential to the success and survival of the entertainment industry. I want to introduce you to one of those Hollywood insiders who does so much but who you have probably never heard about. Allow me to begin with how I came to know this fascinating man. It all began with a dog walk

One day many months ago now I was walking my dog down the street where I live when I came upon a young man and young woman walking their dog who I quickly learned was named Senpai – that is the dog's name.

The people walking the dog were Michael and Alyssa. That rather exotic name I soon learned came from the fact that they had very recently adopted their dog from Cambodia and she was the sweetest dog I had ever met – well OK at least as sweet as my dog Patsy. After our brief introduction we walked on. But we met up virtually every day at least once each day and over time I came to know a bit more about these two nice people who were taking very good care of their pet.

Michael Epstein was born and raised in New York where he ultimately attended the prestigious New York University receiving a Bachelor of Science degree in Business Leadership and Management. While working on his undergraduate studies at NYU he also interned at MSNBC. After NYU Michael Epstein enrolled in the Graduate School of Business Administration at Fordham University. There Michael earned his MBA but he wasn't done yet.

Michael next returned to NYU to take a post MBA certificate course in film and TV production. At this point in his life Michael Epstein was clearly well prepared for and eager to pursue a career in the entertainment world and so he packed his bags and headed west to Hollywood. That is a very common action but in Michael's case the results have been happily atypical.

As you can see this story has a far different set of circumstances than your much more common aspiring Hollywood actor who after a few, sometimes even quite a few acting classes and a lot of dreams about stardom comes to Hollywood and commonly finds work at Starbucks.

Sure sometimes it does work out but the odds are about the same as the odds of Nancy Pelosi and Donald Trump becoming involved together in a love affair. But I digress.

As is also far too common Michael's first job in Hollywood proved to be far less gratifying then he had hoped for so he moved on and soon became employed by his current employer Comedy Dynamics, a Narcelle company the largest independent comedy production company and distribution company.

Today Michael Epstein serves as Executive Vice President for Comedy Dynamics and he still doesn't know how to make a mocha latte. Oh and you will find it interesting to learn that Comedy Dynamics produced Netflix's Kevin Hart's Guide to Black History, The Toys That Made Us, and Jim Gaffigan: Noble Ape and so many more. But is my friend and neighbor really any good at his task? Well consider this:

In 2019 he did it again, yet another Grammy this time for, yes you guessed it, Best Comedy Album again with Dave Chappelle Equanimity & The Bird Revelation. 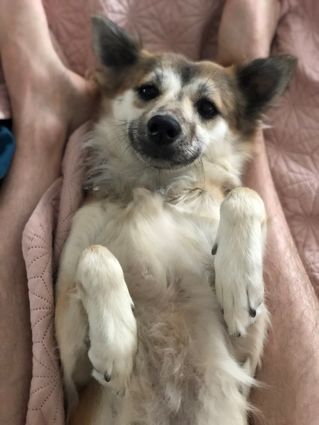 Then again in 2020 Michael Epstein won a Grammy this time for his work with Dave Chapelle on the Best Comedy Album Sticks and Stones.

Yeah I think it is fair to say that Michael Epstein is doing pretty good in Hollywood. But in terms of his personal life Michael's best year in Hollywood so far was 2019 because it was in 2019 that he convinced the lovely Alyssa to marry him. Clearly Michael is one of those behind the scenes stars of Hollywood but without him and many others like him we would all have far less entertainment available us. Oops! Gotta go walk my dog now and odds are I'll have the great fortune of running into the beautiful Senpai and her two A-list servants Michael and Alyssa.

Looking for a great read? Find it here: http://www.ronirwin.net/BooksbyRon.html