'Anomalies recorded at handful of locations exceeded the regulatory threshold of 5%,' according to staff report 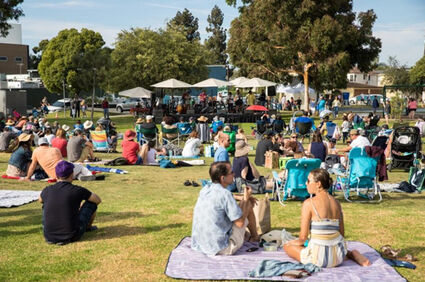 Gandara Park during a 2021 concert

Is the former Santa Monica landfill underneath Gandara Park and the Municipal City Yards emitting high levels of methane gas?

That's what the Santa Monica City Council will focus on next Tuesday night when it will hold a study session on the city's gas monitoring system for the former landfill site.

"In several instances, anomalies have been recorded at a handful of locations that exhibit temporary increases in methane levels that exceed the regulatory threshold of 5% by volume," said city staff in a report to Council that focused on the Landfill Gas (LFG) Control System, the regulatory requirements and recent monitoring results.

"These anomalies can generally be remedied by adjustments to the LFG mechanical network, or through expansion of the control system," the report said.

Between 1948 and 1970, Santa Monica operated a landfill near the City Yards, located at 2500 Michigan Ave., according to city officials. After it was closed in 1970, it capped with three to five feet of cover soil.

To comply with new regulatory requirements for landfills, Santa Monica installed a LFG Control System in 1998 to monitor and control methane and other gases at the landfill site, now located beneath Gandara Park and portions of the Municipal City Yards.

City officials said the gas control system was imperative "to maintain safe environmental conditions for nearby residents, park users, and city staff who work at the Yards."

Over the years, community members have expressed concerns over the presence of LFG and its potential impact on the environment and concerns about "the effects of emissions on families and children and the potential for the vented methane from the landfill to combust." 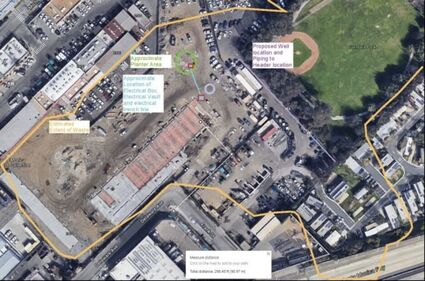 Gandara Park and surrounding neighborhood in this aerial photo

The staff report said the LFG monitoring results show "predominantly safe methane levels in all of the system's 37 subsurface detection probes, including a network of monitoring probes that specifically monitor methane levels adjacent to the Mountain View Mobile Home Park."

By regularly monitoring the probe clusters, the city can identify elevated methane and perform adjustments or repairs on the LFG extraction wells, staff said. "The entire landfill surface is monitored for LFG emissions and repairs and updates are made as necessary to ensure the health and safety of the public and City workers."

In its report, staff also mentioned that a "planned expansion is currently underway to address a recent anomaly associated with utility work and construction activities at the City Yards."

Staff said the city is planning to install an additional vertical LFG extraction well near Gandara Park with funds approved by the City Council its July 27 meeting.