The endorsees are Gleam Davis, Ted Winterer, Ana Jara, and Kristin McCowan. The only incumbent left off the endorsement list is Terry O'Day 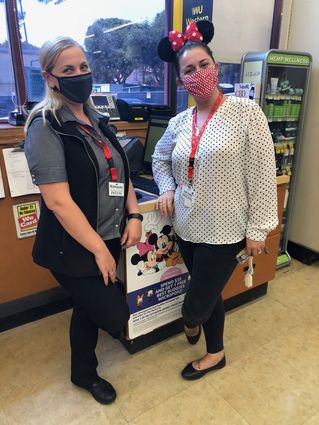 If you want to win a political race in this city, you're probably going to need the support of Santa Monicans for Renters' Rights, better known as SMRR, or face a tough uphill battle. At its recent online convention, SMRR endorsed only City Council incumbents, although not all of them got the nod.

The endorsees are Gleam Davis, Ted Winterer, Ana Jara, and Kristin McCowan (McCowan is running unopposed in a special election to keep the seat she was appointed to in July). The only incumbent left off the endorsement list is Terry O'Day. He did not submit the papers to seek SMRR's backing, the organization says. But don't shed too many tears for O'Day. He didn't receive a SMRR endorsement in 2016 and received the most votes in that election.

Council incumbents are not part of an official candidates slate, but most likely they will all vote for each other. The unofficial slate's main opposition comes from a group of candidates who are running together made up of Phil Brock, Planning Commissioner Mario Fonda-Bonardi, SMMUSD board member Oscar de la Torre, and Christine Parra. This opposition group could be considered zero growth or slow growth depending on your perspective. Regardless of how they are referred, the group's members all believe the council is too friendly with developers.

SMRR also backed SMMUSD board incumbents Maria Leon-Vazquez and Jon Kean as well as newcomer Jen Smith. By newcomer, we do not mean that Smith is fresh on the scene since she has served in various PTA and other roles for the district. But this is her first time seeking a school board seat. There is an open seat on the board because longtime member Ralph Mechur decided not to seek another term.

The other SMRR endorsements were for all the incumbents in the Rent Board and Santa Monica College board races as well as support for Measure AB, which would change CIty Hall hiring and promotion policies in an effort to increase diversity, and Measure SM, which would raise the tax on large real estate transactions.

"All incumbent council members have demonstrated their commitment and leadership to [Santa Monica Forward's] principles of equity, sustainability, and inclusion by leadership on issues such as affordable housing, environmental stewardship, and economic recovery," the email says. "These council members also model fact-based civil discourse."

The email said of Jara, arguably the most vulnerable of the incumbents since she only came to the council last year through appointment rather than election, that she "brings a strong voice for jobs, housing, and education to the council." The email went on to refer to Davis as a "social justice champion," O'Day as an "environmental champion," and Winterer an "economic recovery champion." It also stated that the group "strongly endorse[s]" McCowan, who when appointed in July  became the first black woman ever to serve on the council. Her presence on the ballot in a special election to keep that seat is a formality since she does not have an opponent.

The Santa Monica Democratic Club is expected to make endorsements next week. There should also be endorsements coming from the activist group Residocracy, which will likely back the opposition slate. There will be another big reveal September 24, the first fundraising statement deadline for candidates and others involved in the election. 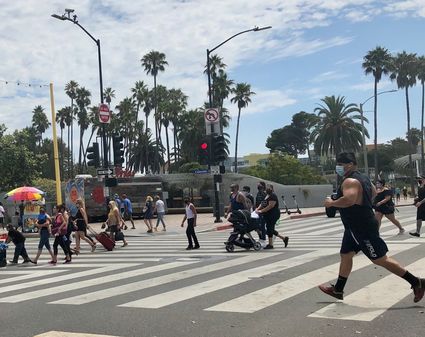 The busy intersection of Colorado and Ocean Avenue in front of the Pier. Tourism and city revenues have fallen off tremendously.

The big (virtual) event in Santa Monica this week was the planning commission hearing on the proposed redevelopment of the billionaire Michael Dell-owned Fairmont Miramar Hotel on Ocean Avenue off California Avenue. After a four-hour public hearing (no, we did not watch all of it; quarantine hasn't made us that bored!), the commission determined it would wait until next Wednesday to ask the developer (likely Dell's representatives, not Dell himself) some questions and vote. Even if the commission approves the project, it still has to go before the City Council for a final decision.

This is an over 500,000-square-foot project that will rise as high as 130 feet at some points and include 312 hotel rooms. Because the project has lots of perks for Dell, he has to offer "public benefits." Among the benefits being offered are the construction of at least 42 affordable housing units on Second Street, the saving of a Fig Tree (yeah, we thought it was weird too),  and a local internship and jobs program.