California is one of only two states to receive an "A" rating from the Gifford Law Center regarding gun control: so why are we saying it's okay to use a gun to commit a crime? 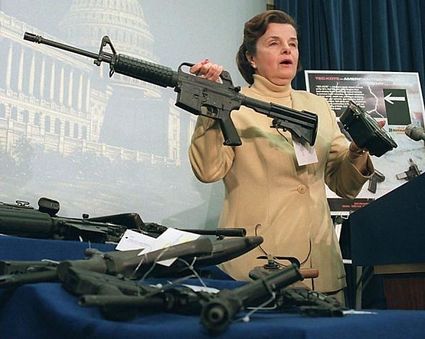 The California Assembly's Public Safety Committee recently passed for additional consideration a bill that would gut the state's sentencing enhancements for the use of a gun during the commission of a felony.

Current state law provides sentencing enhancements of either 10, 20, or 25-years-to-life, depending on the nature of the gun use. 10 years are added for simply brandishing a gun during the commission of a felony, 20 years are added if the gun is discharged, and 25-to-life if great bodily injury or death occurs. AB1509 would reduce those enhancements to 1, 2, and 3 years respectively.

The bill's author, Alex Lee, a 25-year-old freshman Assemblymember who was living with his mother and driving for a delivery app before his election, says the law reducing penalties for using a gun will "rectify a relic of institutionalized racism." In his comments in support of the bill, he points out that "40% of the entire incarcerated population are impacted by specific enhancement - with people of color (Black, Brown, API and Indigenous) representing 89% of those with enhancements." Very oddly, he concludes, "This is what institutionalized racism looks like."

The irony is that Lee's proposal would, in fact, be closer to institutionalized racism than the gun enhancements are. In two reasons, here's why.

1. The gun enhancement laws have no racial component to them. They punish very specific behavior - using a gun to commit a crime. There isn't one word within these laws referencing ethnicity or race or other inherent feature of the criminal.

If it turns out that 89% of those in prison with gun sentencing enhancements are people of color, that does not necessarily lead to the conclusion the law is institutionally racist. Other, possibly uncomfortable conclusions could more rationally be drawn. Zero evidence, other than this statistic, is provided by Lee or his supporters to prove that racism caused more people of color to obtain gun sentencing enhancements. We are apparently supposed to assume this number alone is proof that an entire hierarchy of police, prosecutors, defense attorneys, and judges are ALL OF THEM IN CONCERT prejudiced against a wide variety of ethnicities even though many of them ARE these ethnicities themselves. Or perhaps we are to assume that the criminals who are people of color must, by proof of this statistic, be the victims of an even bigger hierarchy of prejudice in their schools and communities, such that they were driven to hold a gun in their hands while they committed a felonious crime. It is indeed interesting that we are constrained to assume one of these possibilities; the exact nature of the "institutionalized racism" is never spelled out for us. Meanwhile, Assemblymember Lee and co-author Assemblymembers Carrillo, Kalra, Stone, and Senator Wiener do not explain how taking away gun enhancements is going to keep guns out of the hands of people who have proven themselves willing to use them in criminal fashion.

2. The gun enhancement laws were designed to make our communities safer by removing from our midst the type of people proven willing to use a gun to commit a crime. The communities that are impacted most by crime, and violent crime, are poor communities which, in California tend to be composed of people of color: Black and Brown. Statistically, victims of violent crime in Los Angeles are more likely to be Black than any other ethnicity, according to a research paper on LAPD crime statistics written in 2013. According to research commissioned in the same year by Californians for Safety and Justice, "Victims of violent crime are more likely to be low-income, young (especially under 30), and Latino or African American." In addition, "African Americans and Latinos are more likely to have been victims of three or more crimes in the past five years." In a twist of utterly bizarre reasoning (or perhaps mendacity), CSJ supports Lee's proposal to peel away gun enhancements and create an open season on the very communities they affect to support. Taking away gun sentencing enhancements hurts communities of color. 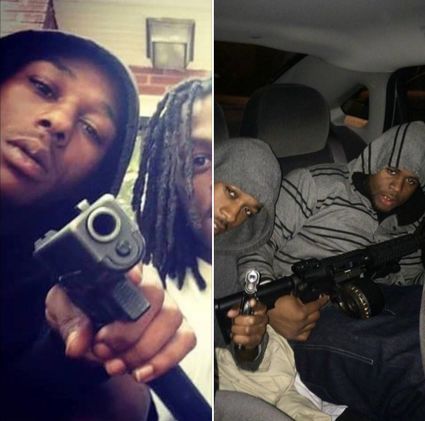 California is rated number 1 in the nation in the strength of the state's gun-control laws. It is one of only two states given the top "A" rating by the Giffords Law Center gun control advocacy group. The accepted philosophy by the majority of voters in this state is that gun control is a positive: the more the better. Gun enhancements would appear to be another tool in the chest to prevent gun violence. Either gun control, gun enhancements - or both - led the state to be rank sixth-lowest in shooting deaths in the nation in 2017.

This proud statistic is quickly crumbling during this year's enormous spike in homicide deaths, strangely correlated with a defunding of police and the actions of several district attorneys of populous counties like Los Angeles who insist on dropping sentencing enhancements.

Assemblymember Lee appears to be attempting to keep guns out of the hands of law-abiding citizens while making sure that criminals get to keep them - and use them. Mostly on people of color. He would better serve the state by going back home to live with his mother.

The last paragraph says it all: they want to keep guns out of the hands of law-abiding people, but criminals get to use them. It makes no sense whatsoever to a normal person, but it makes perfect sense to the woke crowd.