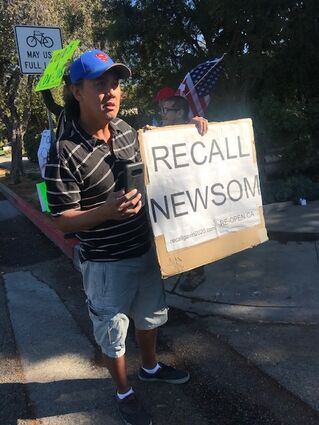 The City Council unanimously voted this week to pass an amendment to the city's noise ordinance to "reduce prolonged noise from protest activities in residential neighborhoods."

The move was in in response to the fall 2020 protests that targeted the Santa Monica residence of County Supervisor Sheila Kuehl and disturbed her neighbors through the prolonged use of amplified sound.

At Tuesday night's meeting, the Council admitted that Supervisor Kuehl never complained about the protests nor the amplified noises.

But city staff stated in its report that the protests – which went on for several weeks and involved nightly, hours-long uses of amplified sound – generated multiple complaints from residents.

The amendment also calls for a distance of 50 feet between the protesters and the targeted dwelling.

These restrictions "are constitutional because they balance the right of residents not to be captive audiences to unwanted speech and the right of picketers to convey their message," said city staff.