In fact, the supply of housing in California has easily kept up with population growth 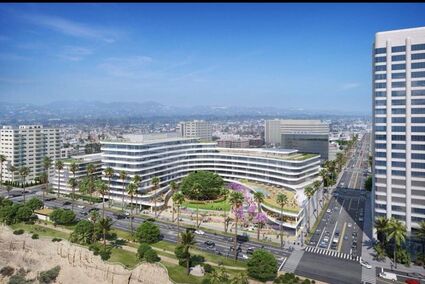 Proposal to redevelop the Miramar hotel site at Ocean Avenue and Wilshire Boulevard, sweetened with the promise of 60 market-rate condos, as if we needed them

January 4, 2022 - Last night Santa Monica Audit Subcommittee Commissioner and Santa Monica native Marc Verville exploded the myth of a housing supply crisis in the state or the city. The crisis, Verville explained, is in the surge in real estate value.

With a series of deeply researched graphs, Verville explained to the nearly 60 participants in the virtual meeting how the supply of housing in California has easily kept up with population growth. In Santa Monica, the housing supply has actually exceeded population growth. There is, in fact, no supply crisis.

Verville explained the reason for the explosive growth in real estate prices: they are no longer tied to salaries, as they once were. Homes in the past could not be sold for more than people could afford to pay. But today, homes are being purchased as investments rather than as places to live. "Non-wage capital" is being used to buy real estate in desirable locations. Those driving up the value of residential property in the state are institutional investors, private equity investors, international entities, tech and entertainment industry for compensation, and those with inherited wealth. These entities do not have to engage in the market very much before they drive up prices, according to Verville's calculations. The percent of investment buyers went from 9% to 18% of the market between 2010 and 2021. "That's insane," said Verville.

Since supply is not actually shorter than demand, adding more supply will not change the problem of affordability, Verville explained. In fact, densifying only drives up the value of the land on which a residence sits. "Evidence indicates new units on densified parcels to be the same or more expensive than the original units that were replaced," Verville said. Value is driven by location, not density.

Allowing upzoning, as is happening now under SB9, only creates additional opportunities for those investors. "Densification contributes to worsen the affordability issue," Verville said. The raise in land value by allowing more units per parcel creates a ripple effect, increasing the housing costs across the entire area. 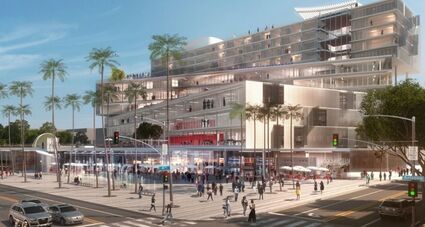 Proposal to build multi-use megalith at 4th and Arizona, nixed by incoming City Council members who were not beholden to entrenched interestes

Santa Monica is already among the top 7% in density in the state. Increasing the housing supply in this city will not drive down housing costs. Probably the opposite, as the city becomes an "investment destination," with additional opportunities for making money in real estate development.

Verville said the number one means to hold the reins on housing costs is to maintain local control and zoning restrictions. Given the reality of SB9, which wrests such control away from local governments, Verville advocated for support of Ourneighborhoodvoices, a group currently collecting signatures to put a constitutional amendment on the ballot to give zoning control back to localities.

"Price inflation is not the same as a supply crisis," Verville told NE Neighbors. "But it's a useful narrative for pushing land densification and creating more investment opportunities."

I've said this for years. California doesn't have a housing shortage crisis. It has a housing pricing crisis. It's not that there aren't enough dwellings to house everyone in the state, it's that they can't afford the housing that already exists. Real estate pricing is a scam because it's not based on intrinsic value, the real tangible assets that exist in a property, but perceived value. If a home is actually worth $300,000, but some investment firm or rich fool pays $500,000, then that house is now magically worth $500,000, and so are all the houses on that same street even though NOTHING about them has changed and no improvements were made. Under the current system, real estate is only worth what some dummy is willing to pay for it. The prices aren't based on anything concrete. So, as more investment firms buy up middle class homes at above normal rates, the prices just skyrocket, but if pricing was based on real fixed attributes, that wouldn't happen.

Thank you, Mr. VERVILLE, for exposing the false narrative that our leaders use to fatten their pockets while knowingly playing this life sized monopoly game with Santa Monica real estate as the playing board.