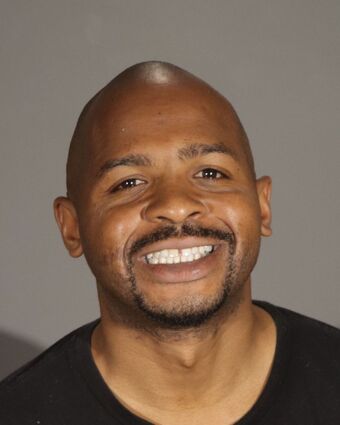 Suspect Thompson was smiling in his mugshot.

On Saturday, two men snatched a woman's purse, then stole her Ford Explorer and left the scene. Police were called. They tried to pull over the Explorer, which hit a parked car near 14th Street and Pearl. They driver surrendered, but the passenger, one Lavonte Montgomery, gave the police a foot chase.

He ran ten blocks north and was later taken into custody at Pine Street and 14th Street. Police arrested him. They basically charged the men with robbery, reckless driving, and evading arrest. The police press release, from Lt. Rudy Flores, follows.

On May 30, 2022, at about 2:30 PM, Santa Monica Police Department (SMPD) Officers responded to a radio call of a robbery in the area of 3rd & Strand Street. The caller reported a male subject took the victims purse by force, then entered a nearby Ford Explorer and fled the scene. The caller gave Dispatch the suspect vehicle's last known direction of travel.

While responding to the call, SMPD Officers located the suspect vehicle, occupied by two subjects. The suspect vehicle failed to yield, and a short pursuit was initiated. The suspect vehicle collided into an unoccupied parked car in the 2300 block of 14th Street. The driver, later identified as Roderick Thompson, exited the vehicle and was immediately taken into custody. The passenger, later identified as Lavonte Montgomery, ran from the vehicle, and entered the backyard of a residence in the 1300 block of Pine Street. A perimeter was established, and Thompson was taken into custody without incident. 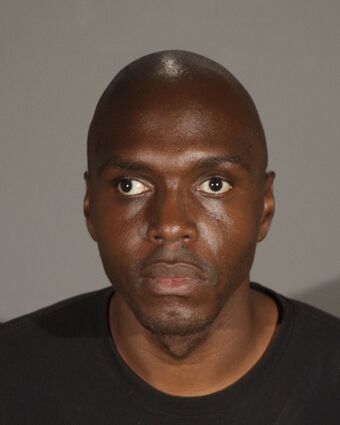 Suspect Montgomery, however, was not smiling in his mugshot.

SMPD Officers located the victim's belongings inside the suspect vehicle. Officers also learned from the victim that during the commission of the crime, Montgomery pushed the victim's baby stroller with her 4-month-old inside it. The infant was not hurt.

The suspects were transported to the SMPD Jail and booked for the following:

Anyone with any additional information pertaining to this incident is strongly encouraged to contact Detective Nicole Murphy at [email protected] or 310-458-8941 or the Watch Commander (24 hours) at 310-458-8426.