Griner is on trial in Moscow for coming through Moscow customs with about a gram of CBD oil. She faces 20 years in Russian prison. 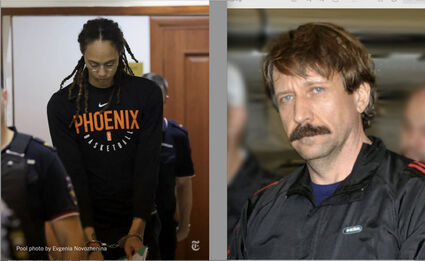 Peskov told reporters that Moscow was aware of media reports of a U.S. proposal for the release of Griner and Whelan. “Since there are no agreements that have been finalized now, I have nothing more to add,” Peskov said.

On Wednesday, Secretary of State Antony Blinken said he will discuss the U.S. proposal to free Griner and Whelan with his Russian counterpart. The Kremlin said Wednesday that it has not yet received any requests for a phone call between Russian Foreign Minister Sergey Lavrov and Blinken.

Multiple news sources are reporting that the US and Russian Federation are about to exchange prisoners. This is a bit surprising given how poor relations are between the two countries. But the news was welcomed by Griner and Whelan's family, who have lobbied the Biden administration to do more to bring them home.

In February 2022, Griner was detained by Russian Customs after cartridges containing hashish oil were found in her luggage. She had been entering Russia to play with the Russian Premier League during the WNBA offseason. Her trial began on July 1, and she pled guilty to the charges.

The 6'3" center was caught in the Moscow airport with about a gram of CBD oil. Griner claimed it was prescription pain medication, but weed is still illegal in most of the world.

Viktor Anatolyevich Bout is a Russian arms dealer. An entrepreneur and former Soviet military translator, he reportedly used his multiple air transport companies to smuggle weapons since the collapse of the Soviet Union from Eastern Europe to Africa and the Middle East during the 1990s and early 2000s, says Wikipedia.

On 6 March 2008, Bout was arrested in Thailand on terrorism charges by the Royal Thai Police in cooperation with American authorities, and the U.S. Ambassador to Thailand Eric G. John requested his extradition under the Extradition Act with Thailand, which was eventually mandated by the Thai High Court in August 2010.

Paul Whelan, 52, is a Canadian with American, British, and Irish citizenship. He was arrested in Russia on December 28, 2018, and accused of spying. On June 15, 2020, he received a 16-year prison sentence with the possibility of time in a labor camp.

He is described as a corporate security director. He received a bad conduct discharge from the US Marine Corps. He was reported to have previously worked as a police officer in Michigan.

When arrested in Russia, Whelan was director of global security and investigations for BorgWarner, an international automotive parts manufacturer based in Michigan. His work with Kelly Services and BorgWarner gave Whelan contacts with law enforcement in many countries.

She played college basketball for the Baylor Lady Bears in Waco, Texas. She is the only NCAA basketball player to both score 2,000 points and block 500 shots. 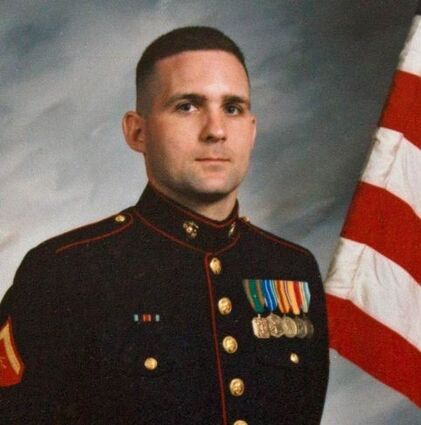 U.S. Marine Corps portrait of American detainee in Russia Paul Whelan, provided to the press by his family

In 2009, Griner was named the nation's No. 1 high school women's basketball player by Rivals.com. She was selected to the 2009 Phoenix Mercury All-American basketball team. In 2012, she received the Best Female Athlete ESPY Award. In 2013, Griner signed an endorsement deal with Nike. Standing 6 ft 9 in (206 cm) tall, Griner wears a men's U.S. size 17 shoe and has an arm span of 87.5 inches.

Griner was on the United States women's Olympic team in 2016, and led them to victory at the Rio Olympics. In 2020, Griner protested the Star Spangled Banner and stated she wouldn't be on the court while the national anthem was played during game openers. In 2021, Griner was named to the United States women's national team for the 2020 Olympics, where she won her second gold medal.