Newsom Backs Down, Lets Churches Meet Indoors Again After SCOTUS Rules Against Him 6-3

The government may, however, restrict capacity to 25% of maximum occupancy and ban singing and chanting 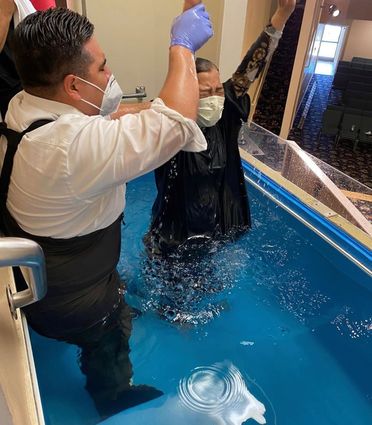 Baptism in May 2020 at South Bay United Pentecostal Church, plaintiff in the lawsuit asking California to ease bans on indoor worship

Over the weekend, California Governor Gavin Newsom agreed to change the current lockdown guidelines regarding places of worship in which all indoor worship is prohibited. Newsom's change in policy follows a United States Supreme Court Ruling in favor of South Bay United Pentecostal Church and against the State of California. The court, split 6-3 along ideological lines, ruled that the government cannot ban indoor worship. The government may, however, restrict capacity to 25% of maximum occupancy and ban singing and chanting.

Conservative Justices Neil Gorsuch and Clarence Thomas argued for no ban on occupancy rates and no ban on singing. Another conservative Justice, Samuel Alito, was in favor of giving the government a 30-day opportunity to prove such restrictions necessary.

Justices Amy Coney Barrett and Brett Kavanaugh, both appointed by former President Trump, disagreed regarding the ban on singing. They held the state could ban singing and chanting because the plaintiff church had not shown sufficient evidence the rule prohibiting such activity was discriminatory.

The three progressive Justices, Elena Kagan, Stephen Bryer, and Sonia Sotomayor, held that the government should be allowed to do whatever was in their power to slow the spread of the coronavirus pandemic. "Justices of this Court are not scientists," they wrote in their dissenting opinion. Because of their lack of scientific expertise, the judges held, they did not feel they could make rulings that required them to act as experts. Instead, the state should be allowed to create policy and law according to medical evidence they had gathered. Then, these same justices, after making the claim they were not scientists and knew nothing about epidemiology, went on to claim that allowing indoor worship "risks worsening the epidemic." So, they thought they were experts in epidemiology, after all. 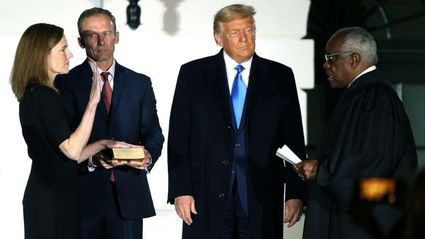 It is unlikely that any houses of worship in Santa Monica will take advantage of the state's new guidelines. Most religious communities in this city are comprised of people who are highly conservative in their view of appropriate coronavirus response and will not wish to take any risks.