Lambda Covid-19 Variant in Peru of Concern to Scientists, as it Seems Resistant to Covid Vaccines 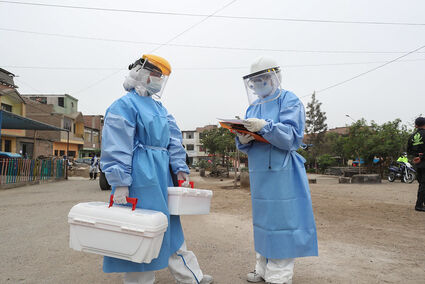 The statistics coming out of Peru are concerning. Some in the world's medical community are beginning to express concern that the Lambda variant is more resistant to vaccines and antibodies, than other known variants of novel coronavirus.

In June 2021, the Peruvian government reviewed the number of Covid-19 deaths, increasing the official death toll from 69,000 to 187,847 deaths. The new figure placed Perú with the highest death rate per capita in the world, according to the Johns Hopkins University.

Peru has suffered about 200,000 deaths due to Covid-19. Peru has experienced over 2,000,000 Novel Coronavirus cases, among a population of 32 million. This is the world's highest death rate, and is not adjusted for undiagnosed deaths and infections.

Some have blamed lack of infrastructure in the country of 32 million people. There were only 1004 ventilators in the country a year ago, and many areas are remote and mountainous. Virologists, some of them, theorize that the Chinese Sinovac vaccine commonly used in Peru, is less efficacious than the MRNA vaccines produced in the US.

But others believe the Lambda variant, now present in other Spanish speaking areas of South America, has caused Peru to have the highest Covid death rate of any country in the world. Hungary is second, and its death rate is half of Peru's death rate.

First samples of the Lambda variant were detected in Peru in December 2020 and by April 2021, over eighty percent of new cases of COVID-19 in Peru were from the new variant. 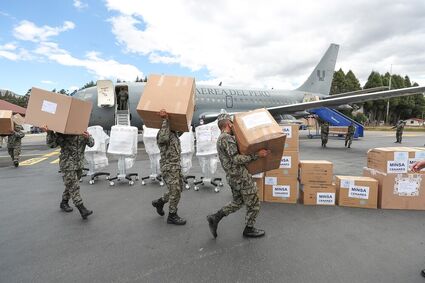 There are no known cases of the lambda variant in the United States so far, though there have been a handful in the UK.

Health Minister Pilar Mazzetti and Foreign Minister Elizabeth Astete resigned in February after it was shown that political favoritism played a role in application of COVID-19 vaccines, reports Wikipedia.

Lambda variant, also known as lineage C.37, is a variant of SARS-CoV-2, the virus that causes COVID-19. The World Health Organization (WHO) named it Lambda variant on 14 June 2021